At CES last year I attended a workshop with Facebook’s Andrew Bosworth.  Who is the "Boz"? He was Zuck's TA at Harvard who was brought on in the early days of Facebook, and through the years has held a variety of high profile positions.  He is currently the VP of AR/VR, but many people are familiar with him because of how instrumental he was in building the Newsfeed as we know it.

In this session, Bosworth was interviewing the Marketing Head from the Pepsi Corporation.  The workshop was on the latest trends and strategies that businesses can use to effectively reach people in the newsfeed.  The session primarily centered on the use of video in marketing.

How Video Strategies Have Changed in the Age of Facebook

There was one anecdote from the head of Pepsi’s marketing that I’ll never forget.

He said that historically (pre-internet) Pepsi created 4 main pieces of video content.  We all remember these.  For instance, there is the infamous Michael Jackson Pepsi commercial from 1984.  You know...the one that almost killed him in a fire....

These commercials were expensive.  They took a long time to plan and shoot, and then ran on TV for months and months.

Fast forward to today, and the head of Pepsi's marketing department said that in order to reach more people in places like the Facebook newsfeed, they don't make 4 pieces of content anymore, they make over 4000 pieces of unique video content every year.

Do the math.  That’s over 10 pieces of unique video content for every day of the year….

Another session with Bosworth was with the head of Sony Picture’s marketing department.  They showed an example of how Sony had been marketing one of their latest movies called “The Shallows”.

The Shallows is a horror, surf movie, starring a young starlet whose career had recently graduated from being in a popular teen tv show to being a lead in feature films. 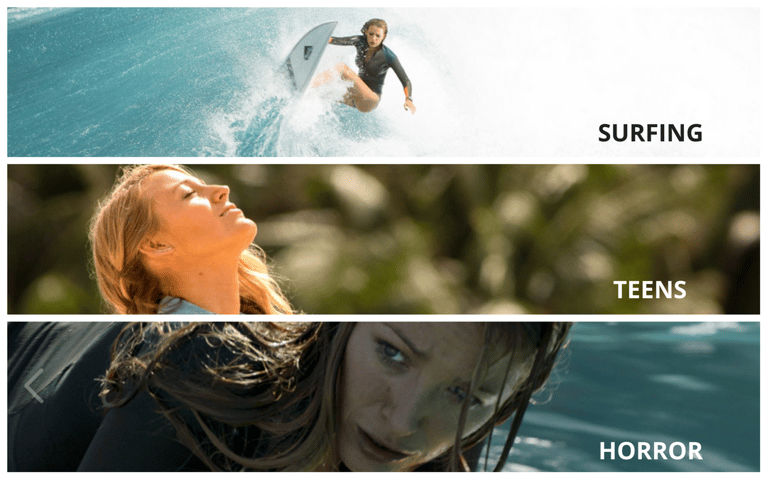 They advertised each of those trailers to the applicable Facebook users using interest targeting in a basic Facebook boosted post.  They saw a huge increase in their overall reach using this technique.

Generally speaking, niche content is powerful because of the hyper-personalized feel of it to the end user.

Technically speaking, it’s powerful in the newsfeed because relevancy is one of the main ranking factors in the notorious Facebook algorithm.

Bosworth confirmed this from the stage, and held up the examples that Pepsi and Sony were using as effective uses of video in the newsfeed.

Sure, Sony and Pepsi have a massive amount of resources at their disposal in order to make all of this unique content.  But for churches who want to leverage social media, experimenting with niche content doesn't necessarily have to be labor and resource intensive in order to see results.

Here's how to do it:

First things first.  You’ll need to change how you think of video content.  Stop trying to make one blockbuster piece of content. It’s tempting to want to put all of your eggs in one basket when creating video content, but I hate to break it to you, the chances of your big, expensive Easter video going viral are pretty slim.  It’s a more surefire strategy to take your resources and spread them as far as possible.  By creating niche content for strategically chosen personas, you have a much higher chance of seeing a net increase in your social media and video metrics when you look at the aggregate metrics.

In marketing speak, a persona or avatar, is a clearly defined hypothetical target person.  The more descriptive you can be in defining your personas, the easier it will be to make niche content for them.  An example of a vague persona description is “men”.  Sure, you could make niche content that generally targets men, but it's better to get VERY specific with your personas.  An example of a good persona description is “Married men, under the age of 45, who have children and are usually too busy to participate in too many church activities outside of Sunday morning.  They value the carmaraderie that comes with a men’s event, but the event has to really be worth it for them to take valuable time away from family and work.”

Now when you or your creative team go to make a video for that specific persona, they’ll have a clear starting point, and know exactly what points that really need to be emphasized.

To start, make at least 3 - 5 descriptive, target personas of people that your church is trying to reach.

Perfect is the enemy of good; especially when making niche content.  Remember how Pepsi makes 10 videos a day?  Of course, you probably won’t hit that number, but the point is that in order to leverage niche content you need to make A LOT of content.

Before you start researching drones, and the latest cameras, and post production workflows, just pull out your phone and start recording yourself speaking directly to your target personas.

Keep these videos short.  About a minute or so.

The more of these short, specific videos you put out into the world, the more you’ll start to learn about what your personas are more apt to engage with.

The goal of niche content is to make a variety of videos that directly appeal to a variety of individual users.  The aggregate impact of this strategy will be more relevant content in Facebook’s algorithm, and because of that a more effective presence in the newsfeed.

Hopefully one day, a person that is in one of your well-defined target personas will tell you that it felt like you had made a video just for them.

And you can say, yes, that’s exactly what we did.