3 Benefits of Using 360 Video for Ministry

Chances are you’ve already heard about this “virtual reality” thing, but aren’t too sure on how to implement it into your ministry. Let alone why!

Perhaps some of the tech guys on your AV team have been raving about this new medium but you’ve never even worn a headset.

A new storytelling medium can bring about a lot of positive change, as well as some deserved skepticism.

However, expect to see more of this content. Just as cinema brought story to viewers, 360 is inviting viewers into the story and it’s not going away anytime soon.

What I want to do now is layout 3 benefits for why utilizing 360 video can be great for your ministry.

360 Video is video that’s recorded from multiple angles to give you a 360˚ field of view. You can use special rigs that house multiple cameras to shoot, or else just use one specific camera with multiple lenses. The viewer’s perspective is restricted by the camera’s view.

VR, or virtual reality, refers to a simulated digital environment in which a viewer can see, move, and interact with the space in 360˚ of immersive view. This format is most often used in gaming where a viewer can follow a storyline and is often not limited by the camera’s view.

These terms are often used interchangeably, but for the sake of argument I’m going to continue to refer to it as 360 video in this post. And if you’d like an exhaustive list of the full terminology, Vimeo has a great list of all the terms you need to know to create 360 video.

Do you remember the last time you cried in a movie? Think about it. You may be able to recall the visuals to your mind, sure. But more importantly, you can remember how it made you feel.

Take the end of Toy Story 3 for example. All our favorite toys are sliding down into a giant boiling, garbage-consuming vortex of doom and all we can do is watch. There’s something about seeing people we love in a hopeless situation and it invokes a reaction from us.

But what about people we don’t know? The ability to understand and share the feelings of others is empathy.

360 video has been called the ultimate ‘empathy machine.’

Chris Milk, a now infamous 360 filmmaker and creator of the company Here Be Dragons, said, “These experiences are more than documentaries. They’re opportunities to walk a mile in someone else’s shoes.”

In 360, you’re not just giving someone an impression of ‘being there’ – you’re immersing them in a world. Someone else’s world… and it’s real.

Even the way our brain recalls information is different in 360. A research study at MIT showed that people who viewed panoramic images in a headset could recall connections with images much easier than their counterparts who only saw 2D images.

It layman’s terms, it creates a memory. A memory a person ‘experienced themselves.’

In 360, you give a person the opportunity to experience the world from someone else’s point of view. That sort of filmmaking elicits a response.

Imagine the world of possibilities that you can invite your viewership into by immersing them in the world of the people you’re trying to help and generating empathy between the two.

To see an example of this, check out The Source | charity: water VR Video

In case you’ve thought to yourself “Maybe if I hide, it’ll just go away,” check out this stat. 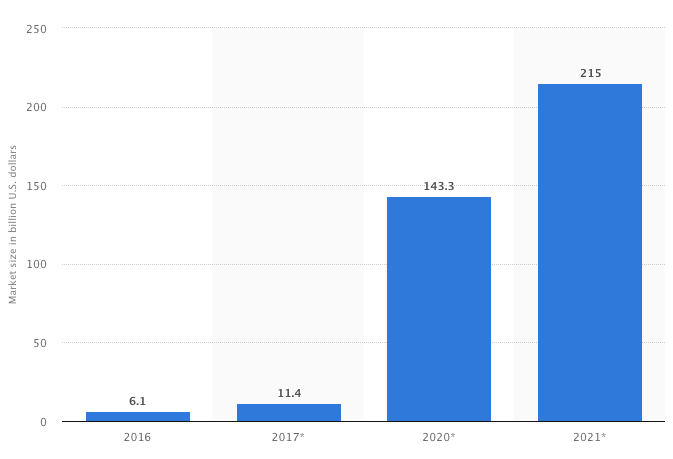 What you’re seeing is 360’s impact on the world since its widespread acceptance and upsurge in 2016. Relatively speaking, it hasn’t reached its full potential just yet. But make no mistake, 360 video is on the rise!

So instead of throwing out the baby with the bathwater, think of it this way: When the internet was first created and Dial Up came on the scene, people had to, get this, connect to the internet via a modem which was connected to an active phone line that wasn’t in use.

You might be old enough to remember that annoying sound it made; having to check to make sure no one was going to be using the phone for a little while; and then the boot-up time it took just to use the darn thing.

360 video is in the Dial Up phase of the internet

Right now, it may seem like 360 video is that invention without a future but really, it’s just getting started. And once it takes off, there’ll be no stopping it. For reference, check out this non-exhaustive list of brands that are getting onboard the 360 train.

Staying relevant to culture is how we connect with the people in our culture and 360 video isn’t going away. As a ministry, engaging audiences with this immersive medium can help you connect with your viewership in more relevant ways for years to come.

People are engaging with 360 video online like no other medium!

Virtual Reality Pop* commissioned a case study in which they discovered that the average percentage viewed for a given “360 video was 28.81 percent higher” than the fixed video. In addition to that, 360 videos as an ad placement were half the cost with more than quadruple the click through rate.

Never underestimate the power of social media. Facebook’s algorithm pushes video content to the top of your newsfeed while analyzing time spent on a given video to better push consistent and relevant content.

People love graphics, videos, pictures, and the like! If you are sharing great and relevant content, people will engage with your page and you’ll see your audience grow.

More importantly, if you’re looking to engage your audience emotionally with a relevant medium, look no further.

So, if you’re interested in producing 360 video content for your ministry and want to learn more, we want to help!